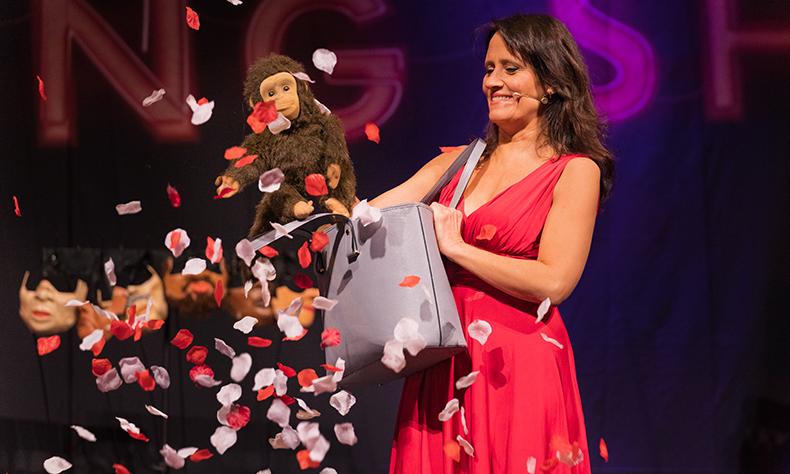 THE DATING SHOW WILL BE AT THE PLEASANCE GRAND

After a critically acclaimed tour and West End run, Nina Conti is preparing to return to the Edinburgh Fringe 2022 with The Dating Show.

After touring the UK, Nina had a West end Transfer in March to roaring success and after touring Ireland and Northern Ireland, Nina takes her one hour show to the Edinburgh Fringe 2022.

She will be performing at The Pleasance Grand at 6 pm from the 3rd - 28th August.

Tickets are available from Pleasance.co.uk